Marmaris is a port town and tourist resort on the Mediterranean coast, located in Muğla Province, southwest Turkey, along the shoreline of the Turkish Riviera.

Marmaris' main source of income is tourism. It has an exceptional location between two intersecting sets of mountains by the sea, though following a construction boom in the 1980s, little is left of the sleepy fishing village that Marmaris was until the late 20th century. In 2010 the town's population was 30,957, and peaks at around 300,000 to 400,000 people during the tourist season.

It is also a centre for sailing and diving, possessing two major and several smaller marinas. It is a popular wintering location for hundreds of cruising boaters, being also served by the nearby Dalaman Airport.

Marmaris has a hot-summer Mediterranean climate (Köppen: Csa) characterised by a hot dry summer and mild rainy winter. Showers and rain are very unlikely between May and October. Summers are hot and dry, and temperatures are especially high during the heatwaves in July and August. October is still warm and bright, though with spells of rain, and many tourists prefer to visit in the early autumn, especially in September, because the temperatures are not as hot. Winters are mild and wet. Winter is the rainy season, with major precipitation falling after November. The annual rainfall can reach to 1,232.7 milimetres (48.531 in); the rainfall is concentrated during scattered days in winter falling in heavy cloudbursts which cause flash floods sometimes in flood prone areas.

Although it is not certain when Marmaris was founded, in the 6th century BC the site was known as Physkos and considered part of Caria.

According to the historian Herodotus, there had been a castle on the site since 3000 BC. In 334 BC, Caria was invaded by Alexander the Great and the castle of Physkos was besieged. The 600 inhabitants of the town realised that they had no chance against the invading army and burned their valuables in the castle before escaping to the hills with their women and children. The invaders, well aware of the strategic value of the castle, repaired the destroyed sections to house a few hundred soldiers before the main army returned home.

The town became known as Marmaris during the period of the Beylik of Menteşe; the name derives from the Turkish word mermer, Greek màrmaron (marble) in reference to the rich deposits of marble in the region, and the prominent role of the town's port in the marble trade.

In the mid-fifteenth century, Sultan Mehmed the Conqueror conquered and united the various tribes and kingdoms of Anatolia and the Balkans, and acquired Constantinople. The Knights of St. John, based in Rhodes had fought the Ottoman Turks for many years; they also withstood the onslaughts of Mehmed II. When sultan Suleiman the Magnificent set out for the conquest of Rhodes, Marmaris served as a base for the Ottoman Navy and Marmaris Castle was rebuilt from scratch in 1522.

Lord Nelson and his entire fleet sheltered in the harbour of Marmaris in 1798, en route to Egypt to defeat Napoleon's armada during the Mediterranean campaign.

In 1958, Marmaris was almost completely destroyed by an earthquake. Only the Marmaris Castle, and the historic buildings surrounding the fortress were left undamaged.

Since 1979, renovation work has been continuing at the castle. Under the auspices of the Ministry of Culture, the castle was converted into a museum. There are seven galleries. The largest is used as an exhibition hall, the courtyard is decorated with seasonal flowers. Built at the same time as the castle in the bazaar, there is also a small Ottoman caravanserai built by Suleiman's mother Ayşe Hafsa Sultan.

Nimara Cave is a cave on Heaven Island near Marmaris. Since ancient times, the cave was used as a place of worship. According to the ancient Greek historian Herodotus, human presence in the cave (as well as the old city of Physkos, today called Marmaris), dates back to 3,000 BC. However, excavations carried out by the Municipality of Marmaris in 2007 extended this period to almost 12,000 years back. The research conducted in the cave has revealed the existence of a cult of Mother Goddess Leto, believed to be the mother of God Apollo and Goddess Artemis, in the ancient city of Physkos. The cave is located at the highest point of Heaven Island and was used as a place of worship by the ancient residents of the town of Nimara. The worshipping took place around the main rock that exists even today. This main rock is surrounded by stone altars in a semi-circle raised at about 30 cm from the ground. Offerings to the Mother Goddess Leto were placed on these elevated stones. The offerings were made in the form of cremations, glass beads, terracotta, and sculptures of Leto. The cave was also in use during the Roman period. Nimara Cave has been declared a protected area in 1999. It shelters trogloxene butterflies, identical to those living in Fethiye's Butterfly Valley

The Marmaris peninsula is the westernmost habitat for Tulipa armena, which normally grows in Eastern Turkey, Iran and Transcaucasia at much higher altitudes. The plants may have been introduced during the Ottoman period.

The Final Four matches of the 2013 Men's European Volleyball League were held at the Amiral Orhan Aydın Sports Hall in Marmaris from July 13 to 14, 2013.

Being an almost perfect setting for sailing, every year in late October Marmaris hosts an annual regatta attracting international as well as Turkish boats and crews. 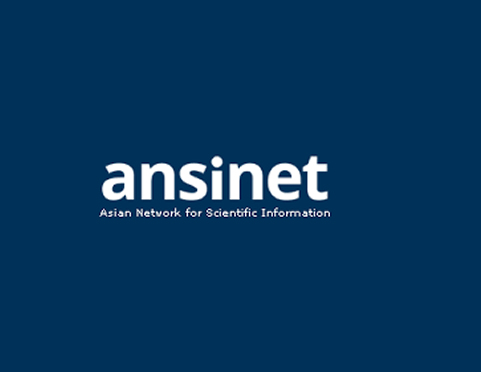